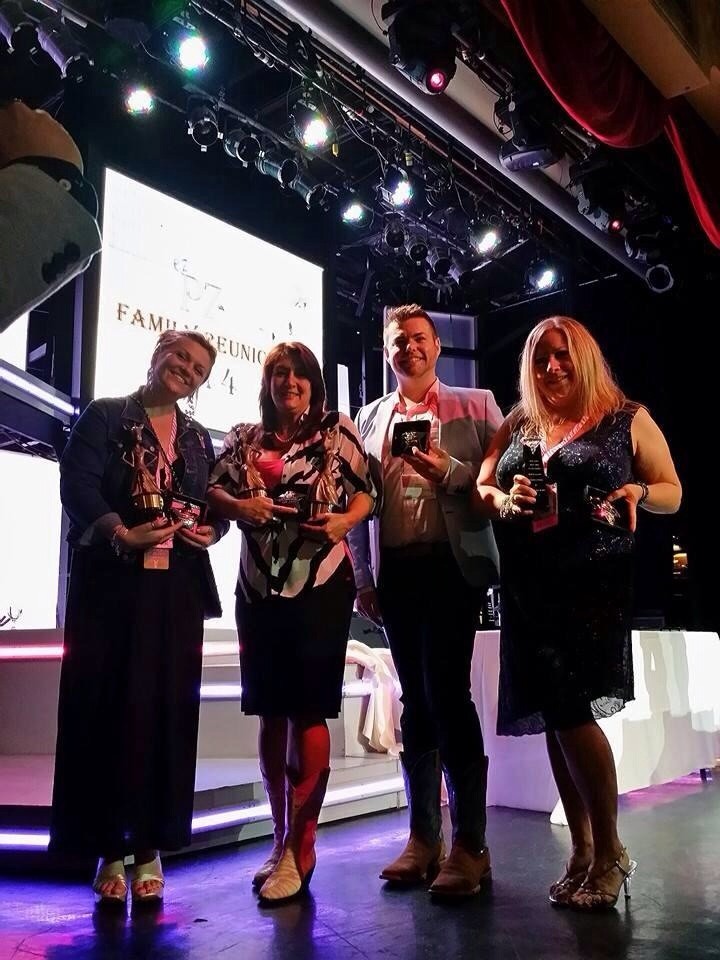 A huge congratulations goes out to Heather Madrid for taking home top honors in Sales, and team member Nikki Stromecki for taking third place in that category. These ladies are in Karen’s first and second levels of her team.

The team also earned top spots for the Most Parties held, shout out again to Nikki Stromecki for winning her 2nd award that evening for #2 nationwide for holding the most parties and #3 went to team member Beth Luczynski.
In the category of Level One promotion leader and director Karen Cavagnuolo Esposito earned a Paisley award for top honors #1 Nationwide, with team member and Executive Manager Jim Kessler earning the  #2 spot for Level one promotions.
Top Personal Sponsor honors also went to Karen Cavagnuolo Esposito, earning her second Paisley award that evening for #1 Nationwide in personal sponsoring.
Karen’s team also placed 5th nationwide for wholesale team volume with a whopping $3,844,661 in sales, positions 1 to 4 earners going to her up lines.

Karen is always looking for people to join her team. Your success is her success! She would love to help led you to a successful career with Pink Zebra. Give her a call she at  877-466-8449.
http://www.zebradivas.com
Join on top right hand corner, make sure you see Karen’s name, or use consultant #50250.
See you at the top!!!

Help Pink Zebra Light It Blue for World Autism Month in April by purchasing from our HOPE Collection Pink Zebra Charity or hosting a Pink Zebra special Blue Blend Bash. I can do a facebook party for you or my team and I can do an in-home party. #pinkzebra#pzblendbash#autismspeaks

Sign up for an Autism Speaks walk here: http://act.autismspeaks.org/site/TR?c…